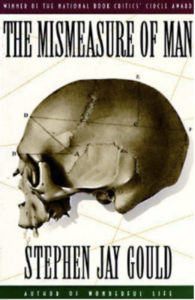 Many are posting articles about a study done at the International Institute of Information Technology in Hyderabad showing that ‘the Indian brain on average is smaller in height, width & volume when compared to western & other eastern populations.” They don’t appear to draw any conclusions about intelligence from the study but the implication is there that brain size has a relationship to intelligence. This is crap science. Measuring the size of anyone’s brain is about as useless as measuring IQ. It is ideologically, not scientifically, based. There appears to be a resurgence of this kind of so-called scholarship & an attempt to revive the stinking notion that brain size or IQ matter when such studies are just a continuum of evo psycho studies proving racism, misogyny, rape, homophobia, & white supremacist beauty standards are genetic.

The now deceased Harvard scientist & science writer Stephen J. Gould has written lacerating polemics against this kind of science which comes right out of social Darwinism & its attempts to impugn Black, Native American, & women’s intelligence. His book “The Mismeasure of Man” is a classic refutation of this social Darwinist rubbish. Reputable & deeply racist & misogynist scientists like Louis Agassiz at Harvard & others spent years measuring the brain sizes & cranial capacities of Blacks & Native Americans to prove they were inferior to whites. Gould discussed how their conclusions of inferiority were contradicted by their work but they promoted social Darwinist views anyway. Such is the power of hate. Such is the necessity to interrogate these studies. Women may be in a stronger position to see through them since we are so often the subject of academic rancidities.