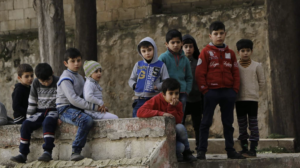 Except for his coherence on support for Kashmir, it’s never really certain to many of us what Indian author Pankaj Mishra is trying to say. He’s a wordy man so plowing through his writings can make comprehension something of an ordeal. His latest piece for the Guardian is titled “The west’s self-proclaimed custodians of democracy failed to notice it rotting away” with the subtitle “British & American elites failed to anticipate the triumph of homegrown demagogues because they imagined the only threats to democracy lurked abroad.” Where to begin to understand what the hell he is trying to say!?

A lot of the brain fog you experience in reading this piece (& much of his other work) is because he never makes clear who he’s talking about. Who are these elites in the US & UK? Using Mishra’s time scale “from the cold war through to the war on terror” & leaving out US-NATO & UK military interventions in Latin American & the Caribbean, are they same elites who engineered the Vietnam, Iraqi, Afghan, Syrian, Somalian, Libyan, Yemeni Wars & bankroll & arm Israeli colonialism & genocide? Is Mishra claiming US-NATO & UK forces were fighting to defend democracy rather than waging wars of colonial destruction & genocide?

Maybe Mishra should stop talking rubbish about undefined elites & investigate what the people of Vietnam, Iraq, Afghanistan, Syria, Somalia, Libya, & Yemen have to say about those wars. Maybe he should come down from his lofty heights & talk to activists from the former British & European colonies or even to principled antiwar & human rights activists to understand that considerations of democracy played no part at all ever in US-NATO & UK wars going back a lot farther than the Cold War & would necessarily include discussion of British, European, & American colonialism. That isn’t a matter of opinion. The truth is in the devastation, the utter destruction, & the millions of civilians bombed to death that is the legacy of those US-NATO wars & of colonialism. They are directly responsible for the rise of fascism today, not to mention for the repression of the Arab Spring uprisings. Putin, Modi, Assad, Suu Kyi, Xi are the continuation of US-NATO colonial & military policies, not a failure of those undefined elites to anticipate unintended results.

Maybe that’s what Mishra was trying to say. Maybe what he needs is just a good editor to cut out some of the poundage of excess words. But probably what he really needs is to stop inventing excuses for US-NATO white supremacist & colonial wars & try to be as coherent as he is on the occupation of Kashmir.

This photo is Syrian children displaced by Syrian & Russian bombing of Idlib. Would Mishra claim Russia, Syria, & the US-coalition were fighting in a misguided way for democracy by bombing their homes, schools, mosques to smithereens?