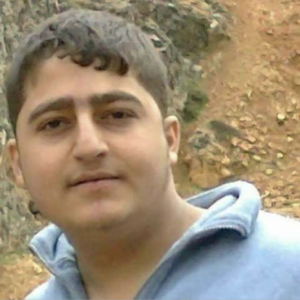 Ahmed Mahmoud Eid is one of 1,700 Palestinian refugees in Syria arrested, tortured, & killed in Assad’s gulag. He was arrested in February 2013 & where he is held, his condition, or even if he is alive is not known.

(Photo from Action Group For Palestinians of Syria)