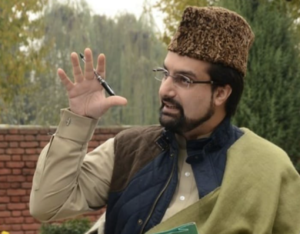 Whilst 49 days ago, India imposed a telecommunications blockade on Kashmir to prevent news of their genocide from becoming known, they are going about the business of generating fake news & denouncing eye-witness reports, including videos, from Kashmir as fake news. India is bungling its propaganda efforts in an almost clownish but entirely cynical way that only nationalists can fall for.
Just a few days ago, Indian media reported that independence leader Mirwaiz Umar Farooq was among other Kashmiri leaders who signed bonds for their release from prison after agreeing not to engage in political activity. This would have been demoralizing to many Kashmiris, if it were true. But it was a divide & conquer maneuver by the Indian government.

The Hurriyat Conference which Farooq chairs issued a statement of denial yesterday saying he did not sign any such bond for his release & remains under house arrest since August 5th. The statement said he remains vociferously opposed to the scrapping of Article 370 & firm on the principles of azaadi.