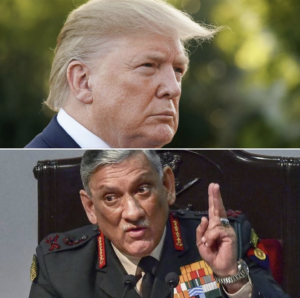 Frightfully ugly & sadistic old men run the world. Some are also dumb as a stump. The detestable ideology of evo psycho, so prominent now in media & academia, argues that physical beauty is an expression of one’s intelligence, character, & superiority. Normally that should be scoffed at as junk science. But in the case of the orange POTUS & Indian General Bipin Rawat, ugly goes all the way from their contemptuous sneers to their mitochondrial DNA.