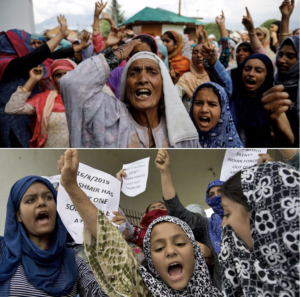 The global expansion of concentration camps for Muslims & refugees is confronted by the power of the growing Kashmiri solidarity movement. If we do our political work right, including #BoycottIndia, we can deal a forceful blow to the Islamophobic ‘war on terror’ ideology. It must be said in that regard, that the prominent role of Kashmiri women against the blockade will play no small part in destroying the rancid justification for Islamophobia about saving them from Islam & terrorism through war, occupation, genocide.