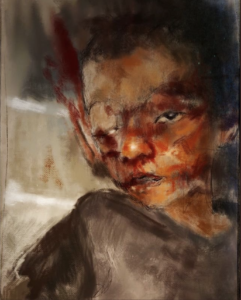 We should take a moment to grieve the children of Idlib sustaining now months of Syrian & Russian carpet bombing, including with barrel bombs & incendiary weapons.

The Assadist & Stalinist cult that has replaced the antiwar movement claims there are no civilians living in Idlib, only terrorists, when photographic documentation of the slaughter of children is irrefutable. They’re dividing their time now between denouncing the Syrian Arab Spring as terrorists & denouncing the Hong Kong protesters as violent proxies for US aggression against China. May they rot in hell as we determine to rebuild the antiwar movement rooted in principles & not in hatred for the oppressed standing up against dictators & tyranny.