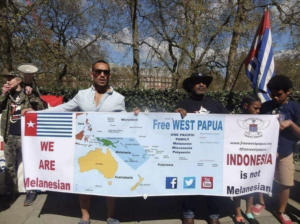 Social media is becoming a place to overcome news blackouts about human rights struggles against occupation & genocide, struggles that most of us knew nothing about. For so long, people have been asking ‘what about the genocide in West Papua’, why doesn’t someone write about it? In fact, we paid little attention, overwhelmed by so many other struggles. Now, there are the beginnings of reporting about the genocidal role of the Indonesian military against the people of West Papua. Without international support, they stood alone. With knowledge & understanding, we can stand with them & give their freedom struggle the respect & support it demands.