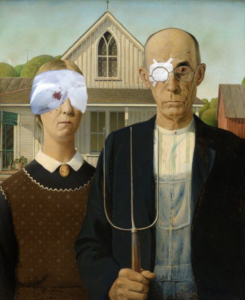 Kashmiri Gothic: this ironic protest against pellet munitions almost seems too restrained now that we hear an Indian journalist in Kashmir report that hospitals are forced to turn away pellet injury victims so casualty rates will not be recorded. We know from the frequent protests of Kashmiri doctors & medical staff against pellet munitions that they would never turn away someone with pellet injuries. This monstrous act is entirely the responsibility of the Modi regime & Indian occupying army.