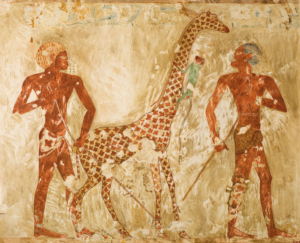 Going through my old research projects, I came across one I did on the African origins of science & mathematics. There is considerable scholarship on this but it is isolated & has generated acrimonious opposition since the predominant history of science taught in universities has remained Eurocentric up to its white supremacist eyeballs since the Renaissance in Europe.

It serves colonialism & neoliberal plunder to depict African history as solely tribal. Most African tribal art, a magnificent aesthetic much drawn on by European artists, is displayed in museums of natural history as some form of primitive art rather than in fine art museums which are promoted as showcasing the art of ‘advanced societies’. The also magnificent art & architecture of the Nubian & other urban African societies is rarely shown. The Boston Fine Arts Museum has a gallery of Nubian art & several galleries of Egyptian art which they showcase. The Nubian gallery is just off an old entrance & the lights are seldom turned on. The intent, whether conscious or not, is clearly racist since Nubian art is easily mistaken for Egyptian & is also unmistakably Black African. When scholars speak of the origins of human civilization in Africa, they are not just talking about Egypt but all of Africa.

The huge numbers of African refugees fleeing neoliberal plunder & wars require us to seriously study African history, which believe me, is not easy unless you have a substantial book-buying budget. But there are many on-line resources where you can find scholarship on the immense contributions African societies have made to human knowledge. If you google African origins of science & math, you should find many resources & will find the study absolutely fascinating if not also politically crucial.

(Photo is facsimile painting from original depicting Nubians with a giraffe & a monkey in the Egyptian galleries of the Metropolitan Museum of Art, New York)