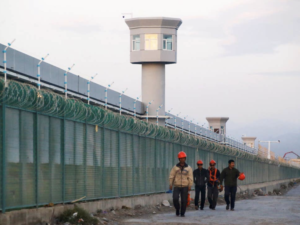 Last week 22 countries sent a letter to the UN Human Rights Council (UNHRC) in Geneva denouncing China’s concentration camps for Uyghur Muslims. The list of signatories is not impressive since most of them have troops deployed in Syria, Afghanistan, Iraq, & elsewhere. They include Australia, Austria, Belgium, Canada, Denmark, Estonia, Finland, France, Germany, Iceland, Ireland, Japan, Latvia, Lithuania, Luxembourg, the Netherlands, New Zealand, Norway, Spain, Sweden, Switzerland, & the UK. The US was not a signatory since they had earlier walked out of the UNHCR.

We’d like the propagandists & guppies of the Cuban, Venezuelan, & Syrian regimes to explain why those three governments which they declare bastions of democracy sided with genocide if they are so damn progressive? Or does that explain why, among Assadists, denial of the Uyghur genocide is now as de rigueur as kissing the asses of those three regimes?