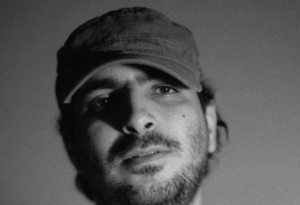 This is 29-year-old Rami Suleiman, a Palestinian refugee being held in Assad’s gulag for the sixth year. Assad forces kidnapped him at a checkpoint & are holding him though he is diagnosed with kidney disorders & requires regular medical care. Action Group for Palestinians of Syria (AGPS) document (from affidavits by ex-detainees & photos leaked from prisons) the incarceration of 1,758 Palestinian refugees in Syrian prisons (many of them secret prisons), including children, women with infants, elderly. According to the documentation, they are subjected to psycho-physical torture, including electric shocks, assaults using iron weapons, & sexual abuse.

AGPS has also documented the deaths of 606 Palestinian refugees from torture in Assad’s gulag since 2011. Many of them were identified through the 25,000 photos (known as the Caesar photos) leaked by Assad’s official prison photographer who fled into exile. AGPS believes the real number of Palestinian refugees tortured to death by Assad to be far higher. There are no known terrorists among the victims, only activists in the Arab Spring, medics, engineers, students, journalists, artists.

Their grieving families will not be heartened to know that the corrupted antiwar & socialist movements consider this all lies but anyway don’t give a rat’s ass because all murderous human rights crimes are justified to protect the Assad dictatorship’s right to self-determination.

(Photo of Rami Suleiman from AGPS)