Óscar Alberto Martínez Ramírez & his 23-month-old daughter, Valeria, drowned Sunday, June 23rd, in the Rio Grande River near Matamoros, Mexico across the river from Brownsville, Texas (just one hour from McAllen). Señor Martínez, his wife Tania Vanessa Ávalos, & their little girl left their home in El Salvador last April to immigrate to the US. They intended to apply for asylum at the international bridge between Matamoros & Brownsville but found the offices closed & hundreds ahead of them in line so they decided to take their chances crossing the river.

Señor Martínez first carried his daughter across the river & then turned back for his wife but when the little girl saw her dad swimming away, she jumped into the water after him. He tried to pull her out of the water but both were swept away by the current. Their bodies were found Monday a few hundred yards from where they attempted to cross.

The deaths of Oscar & Valeria Martinez, along with the refugee concentration camps, represent US immigrant & refugee policy & resonate with that of the European Union which mandates the drownings, deaths, & forcible exclusions of thousands of African, Syrian, Iraqi, Afghan, Palestinian, & other refugees.

This is a photo of Oscar & Valeria Martinez. May they Rest In Peace.

Open the borders! Immigration is a human right. Asylum to refugees is mandated by international law.

The photo of Oscar & Valeria Martinez resonates with these images: 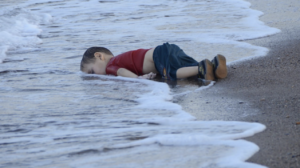 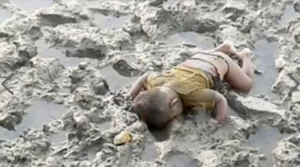