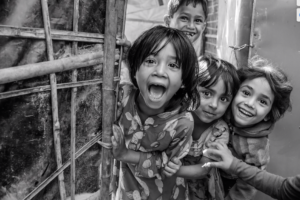 About six or seven years ago, I spent several months at the local University of Texas library studying the immigration & refugee crises. It may not come as a surprise to many of you, but it was a shocker to me to learn that countries do not improvise or formulate immigration policy on their own but that they unmistakably collaborate with each other in how to get away with denying immigration & refugee rights. In every era, the policies from one country to another dovetail &, with minor adjustments, are the same.

Another thing I learned is that when the UN or media throw around estimates of the number of refugees & refugee deaths, they are mostly blowing hot air. There is no agency that monitors or has any grasp of the enormity of the crises. They don’t care enough. Just one example–& a grotesque one it is–no one knows how many Rohingya refugees drowned in the Andaman Sea in their 2015 exodus from Burma & Bangladesh. No agency monitored that crisis; no country intervened to rescue them; no one knows how many drowned. Thousands remain unaccounted for. Another horrifying example is that no one monitors how many African refugees get on rickety boats in North Africa, how many drown, how many actually get rescued or make landing in Italy or Spain.

These Rohingya kids in Bangladesh are who we’re talking about when we talk about the human rights of refugees.