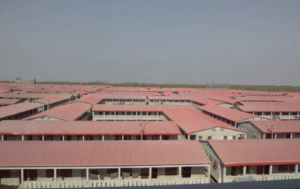 OpIndia website just reported that Bangladesh’s plans to deport 100,000 Rohingya refugees to the uninhabitable, monsoon-prone island of Bhasan Char isn’t working out that well. The plan is thus far voluntary & no Rohingya mother has raised a kid foolish enough to do that. According to OpIndia, no one is volunteering because NGO workers in the refugee camps are ‘fear-mongering’ & discouraging volunteers by telling Rohingyas they won’t survive on the island. Like the Rohingya can’t figure that out for themselves? How insulting to them. Sitting here in Texas almost 9,000 miles away it’s abundantly clear.

OpIndia reports that Rohingyas say they would rather die in Cox’s Bazar than move to Bhasan Char. That’s because they stand a chance at having a life & fighting for their rights in Bangladesh whereas life on Bhasan Char would be the equivalent of the concentration camps the US is building for refugees.

There is a feigned sympathy for the plight of Rohingya refugees in the article until the writer brings up India’s attempts to deport 40,000 Rohingya refugees because ‘they’re a threat to national security & prone to radicalization.’ How so? In a non sequitur the writer tells us, “Rohingya Muslims had indulged in brutal killings of Hindus in Myanmar.” Claiming that Rohingya Muslims who were sustaining a wholesale genocide & fleeing for their lives took time out to senselessly kill Hindus in Arakan state resonates with the Hindutva nationalist claim that Kashmiri Muslims took time out from defending themselves against the Indian occupation by committing genocide against Kashmiri Hindus (Pandits).