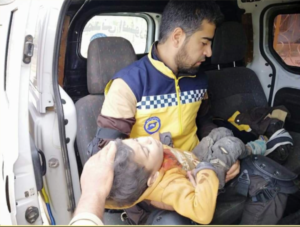 Because his politics are rooted in social climbing, Max Blumenthal is morphing right before our eyes into a rightwing propagandist hack. That Verso press, known as a publisher of radical literature, would publish Blumenthal’s latest book (about Islamophobia, no less) only speaks to a lack of political discernment among its editors–or possibly corruption .

There is a pattern to Blumenthal’s political corruption. Expressing his elitist & deeply undemocratic impulses, he always, without exception, champions repressive regimes & vilifies protesters struggling against those regimes for democracy as “Wahhabi-Salafi jihadi terrorists” although there is no evidence Blumenthal knows a damn thing about any religion, let alone Islam. He courts controversy as a way to keep himself the center of attention. But he has no political commitments except to self-aggrandizement & sucking up to state power.

After vilifying protesters against government repression in Nicaragua & Venezuela, after plagiarizing Vanessa Beeley in a scurrilous attack on the White Helmet rescue workers, now he has published a new attack on the Syrian Network for Human Rights, an NGO which monitors the Arab Spring uprising, including the civilian death toll, from the point of view of the protesters & in opposition to Assad. Blumenthal faults them for bias against Assad even though he says in the article there is “little doubt that the Syrian government presides over a harsh police state apparatus.” Knock-knock Maxie! There’s a revolution going on in Syria & in revolutions people usually choose sides: either for dictatorship or for democracy. His assertion about Assad’s brutalities has not made Blumenthal welcome in Assadist propaganda circles nor has Assad been willing to put him on the payroll with Beeley & Bartlett who regard Assad as the second coming of Jesus. Assad likes to be deemed a god & won’t truck with being called a brute. So Blumenthal is left, albeit with a considerable trust fund, to scrounge for a living as a ‘journalist’ & is ending up writing hack for whoever will take him.

Not content to leave bad enough alone, Blumenthal just posted a Mint Press (an Iran-based Assadist journal) article denouncing the 7-million protesters in Hong Kong opposing the Chinese government’s proposal to extradite criminals & arrested political protesters to the mainland for prosecution. Blumenthal, who is corrupt enough but not committed enough to be a Maoist apologist for the Chinese government, vilifies the protesters as stooges of the west. The first time we heard such a charge was against the Egyptian Arab Spring uprising; the last time was against Hong Kong protesters in the 2014 uprising involving millions. To the mind of a stinking elitist, working people are incapable of thought but only adept at violence.

Blumenthal has fellow travelers in his idiotic attack on the Syrian Network for Human Rights. Ali Abunimah, the editor of Electronic Intifada, plays an important role in Palestinian solidarity but is reactionary on everything except Palestine. Abunimah’s father Hasan Abunimah was a diplomat for the Jordanian monarchy & has written several pieces supporting Assad. His son parrots his views & promotes Blumenthal, a role which does not serve Palestinians, especially those incarcerated in Assad’s gulag.

The question, like the proverbial elephant in the room, is why Blumenthal is not putting his less than remarkable talents to exposing how that “US regime-change operation” is functioning in Syria? We don’t expect him to denounce Syrian & Russian bombing of civilians. He’s incapable of human empathy if it conflicts with self-promotion. But it you build your career on exposing “US regime-change operations,” wouldn’t you think he’d mention how it’s going at least once in a while?

(Posting photo of White Helmet & child injured in Syrian & Russian bombing. After he vilified them both as terrorists, I didn’t want Blumenthal’s smug face on my wall.)