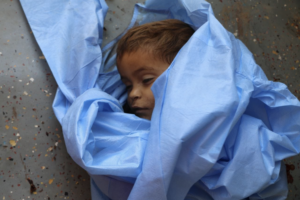 Russian & Syrian bombers have really found those barrel bombs (oil drums filled with explosives & shrapnel) effective in taking out “al-Qaeda affiliated Salafi-jihadi terrorists” like this infant named Saleh al-Hmoud who was killed yesterday (along with his mother & sibling) in the town of Zerbeh, Aleppo province. The corrupt antiwar movement & creepy socialist cults that dominate it, like Freedom Road Socialists, are busy supporting the bombing, denouncing the Tiananmen Square massacre as a fraud, & posting tributes to Joseph Stalin & Assad. They are now marching lockstep with fascists in support of dictatorship & the Islamophobic ‘war on terror’. It wasn’t much of a fall from grace for such political operatives. Stalinism has found its natural habitat in fascism.