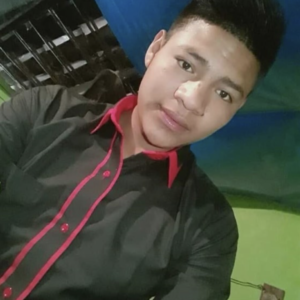 This is 16-year-old Carlos Gregorio Hernández Vásquez who his family called Goyito. According to his dad Bartolomé Hernández from Guatemala, Goyito was a smart kid who loved soccer & music & played both the bass & the piano. His family said he took the treacherous nearly 2,000 mile trek to the US to help support eight siblings, especially his brother with special needs.

Unfortunately, Goyito got caught crossing the Rio Grande River by the border patrol & stuffed into an overcrowded detention facility in McAllen, Texas. When he showed signs of illness, a medic diagnosed him with the flu, had border patrol agents give him Tamiflu, & then he was placed back in a dirty cell rather than taken to a hospital. You can’t blame prison guards at the facility for not being medical personnel. That culpability goes all the way to the White House where a halfwit named Trump presides who would shoot the kids sooner than give them medical treatment when they’re sick. But the guards should have known that a stressed out, frightened, sick young boy should be watched like a hawk to make sure he is okay. Instead, it appears from their own accounts, that he was left alone for hours after being dosed with Tamiflu.

May our Goyito Rest In Peace. We need to keep this brave young kid in mind as we organize consistent, public opposition to US immigration policy which criminalizes refugees, including small children, rather than obey international law by giving them asylum.

(Photo of Carlos Gregorio Hernández Vásquez from his family in Guatemala)