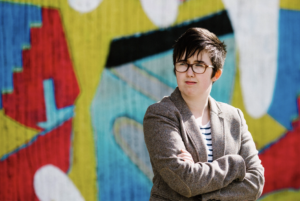 There needs to be a thorough investigation of the murder of 29-year-old Irish journalist Lyra McKee. She was gunned down in Derry, Northern Ireland during a protest & police immediately blamed the attack on dissident Republicans. McKee was going to be speaking in a few weeks at a public World Press Freedom Day event about the murder of journalist Marie Colvin in Syria & the dangers of reporting violent conflicts. The Assad regime had directly ordered Colvin’s assassination. Assad propagandist Eva Bartlett spoke as an honored guest at an event in Derry about a year ago because Assad has strong support among a current of Republicans. There may be no connection between those who murdered McKee & Assad supporters in Derry but it is absolutely a link that must be investigated.