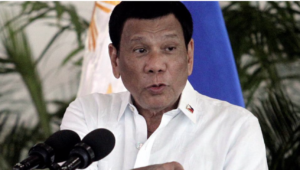 What are we to make of Duterte’s offer of asylum & citizenship to Rohingya refugees? This is where credulity does not serve politics but on the contrary becomes madness. The official accounting of deaths in his vigilante war against the urban poor was 11,000 after the first eight months of his regime. The media agencies keeping a daily accounting were likely terrorized into silence under threat to their lives. Under Duterte’s tenure–as under Trump, Modi, Bolsonaro, Putin, Assad, Xi, & others–vigilantism is emboldened & legitimized. In the Philippines, not just lawyers & farm workers, but journalists, environmentalists, & human rights activists have been arrested or assassinated. The many courageous Filipinos who stand up to protest such repression & violence are vilified as terrorists & underground communists.

Muslims in Mindanao & surrounding parts of the archipelago have fought against successive Filipino regimes & under Duterte sustained martial law & war in 2017. Duterte claimed that insurgency against repression in Mindanao was by ISIS-linked forces. They will continue to sustain persecution, massacres, mass rapes, & repeated military assaults despite the peace accord Duterte negotiated with the Moro Muslims last year. It is probably similar to the peace deal signed between the Taliban & the US in Afghanistan with betrayal of the Moro people written all over it.

Should the Rohingya reject the offer of citizenship? Of course not. But it remains to be seen what kind of asylum Duterte will provide them since discrimination against Muslims is a hallmark of Filipino rule as it is across the globe.

(Photo of Duterte from September 2018 from Reuters)