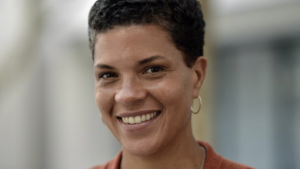 Columbia University scholar Hamid Dabashi has written a shameful, even scurrilous, critique of Michelle Alexander’s NY Times article “Time to break the silence on Palestine.” His critique in Al Jazeera is titled “The incurable parochialism of American intellectuals.” Let us dispense outright with his lengthy introduction citing French aristocrat Alexis de Tocqueville in “Democracy in America,” a book written 184 years ago. It has no relevance whatsoever to Zionism in America & the struggle of Palestinians. The debates around Israel & Palestinians are much more rancorous today than they were in 1967 when it was actually possible to discuss the issue with most Jews because Zionism was not yet firmly entrenched. Israel, Zionism, & for that matter American colonialism did not exist in 1835. To suggest that intellectual discourse has not been changed by the Civil War, US colonialism, Jim Crow, two World Wars, countless other wars, the development of Zionism, the Jewish Holocaust, the formation of Israel, & the Civil Rights Movement is sophistry.

Dabashi doesn’t just patronize Alexander by calling her article a “debut opinion” & a ‘bashful confession’ about the Palestinian struggle but he accuses her of intellectual parochialism & “moral cowardice.” One wonders how he treats the enemies of Palestinians. Alexander wrote a defensively formulated polemic in the bastion of Zionist apologetics. She is not speaking to the editorial board of the NY Times nor to AIPAC but to American Jews hoodwinked in the past 50 years by Zionist propaganda. She is aware of the political traditions among American Jews in the civil rights struggles & other progressive movements of the 1960s & that is what she is appealing to. We know that many liberal Jews who identify with Zionism, faced with the scope of Israeli apartheid & genocide, are rethinking their support for Israel. Alexander is appealing to their political traditions which were obvious in the late 1960s but have been lost to Zionism for 50 years.

Dabashi is not the only critic of Alexander’s piece who takes her to task for not citing any Palestinian voices. Exactly how persuasive does he think that would be to those confused by Zionism? It is not uncommon in political writing to cite others to prove one’s arguments in defense of those persecuted because the testimony of others on colonialism, apartheid, genocide has a force all its own. Otherwise, what is the point of international solidarity?

Alexander is excoriated for using the term “silence” when, as Dabashi correctly points out, it is more a matter of systematic repression & deceits. Are we going to fault her for committing herself to Black justice in the US & only writing now about the Palestinian struggle, just months after being appointed an opinion writer for the NY Times? Is that how we treat our allies? In truth & with all due respect, Dabashi should reserve such harsh judgements for those Palestinian supporters who dare compromise the movement by associations with anti-Semites & Assadists. Alexander is not Louis Farrakhan who is tainted by hatred for Jews. She is an uncompromising voice against racism & violence against the Black community. Hating on Jews would be beneath her dignity.

There is nothing more detestable than compromise on Zionism & the Palestinian struggle for justice. That is not what Alexander’s article is. As movement builders, we should recognize & respect the importance of her article in speaking to liberal Zionists & appealing to their highest aspirations for justice. To attack her in such a demeaning way is simply shameful. It is no way to treat an ally but it is a surefire way to lose them. The point is to win people, including Zionists, over to Palestinian justice & Alexander’s article is an important contribution to that work.