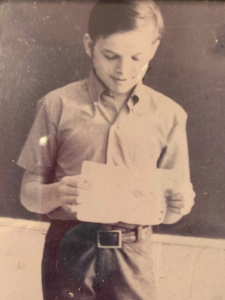 This is the 22nd anniversary of my younger brother Paul’s suicide at the age of forty. This photo of him from grade school is before he was stigmatized as “retarded” & socialized into a debilitating sense of social inferiority. The term retarded & all derivatives from it (like retard & fucktard) are now considered insults & those with learning difficulties actively campaign against their use.

Paul’s life & death are a tragic testimony to the social character of most suicides when people are taught to hate themselves for what they are. That’s why suicides are sky high among the oppressed. He was a wonderful person. May he Rest In Peace.