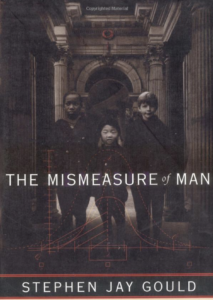 It’s a loathsome reality that in 2019 we are still debating the issue of race. But racism, once a powerful, & an invented, tool of colonialism & capitalism, is now integral to the very survival of the system. Among white writers on racism, the most cogent are now deceased or in retirement. But their writings are timeless, especially “Man’s Most Dangerous Myth: The Fallacy of Race” by Ashley Montagu (1905-1999), “The Mismeasure of Man” by Stephen Jay Gould (1941-2002), “The Politics of Women’s Biology” by Ruth Hubbard (1924-2016), “Not In Our Genes” co-authored by Leon Kamin (1927-2017) with Richard Lewontin & Steven Rose who are both in their eighties & retired. All of these authors wrote many other invaluable books & essays but those mentioned are among their most important. They all played a key role in debating & refuting the resurgence of biological determinism–especially the racist & misogynist essence of that doctrine–first termed sociobiology & then evolutionary psychology (more accurately called evo-psycho) but which also hides behind the terms biological or physical anthropology.
With their deaths & retirement, biological determinism–most prominently represented by Richard Dawkins from Oxford & Steven Pinker from Harvard–has gained preeminence in universities & is promoted in media, most vigorously in the NY Times by now retired Nicholas Wade who published “A Troublesome Inheritance: Genes, Race & Human History” in 2014. Where Montagu & Gould hammered against the validity of even the concept of race as biologically meaningful, Wade & all the rest of evo psychos in university anthropology departments promote it to establish a hierarchy of inferiority & superiority–that is, white & male supremacy. Their writings are a cornucopia of banalities & deceits that read like parody or farce more than science.
Stephen Jay Gould was a merciless & masterful polemicist against racism in science who held no scientist sacred or beyond criticism if they promoted racism, misogyny, or the denigration of those with disabilities. Now that he’s deceased, intellectual lowlifes like Nicholas Wade are coming out of the woodwork, including in the NY Times, to discredit his scholarship. You have to be a boneheaded racist to find Gould or Montagu’s scholarship wanting in comparison to that of evo psychos. Evo psychos write about why women wear high heels, why rape is a biological imperative (especially for homely men), why Blacks are intellectually inferior, why infants prefer pretty people. That only scrapes the surface of their idiocies. In this day & age, after the anti-colonial struggles, after the civil rights & women’s movements, after the ongoing struggles against war, occupation, & genocide, you have to be sucking from a poison cesspool to posit biology, our genetic makeup, for alleged differences between men & women or the multitude of ethnic groups rather than the monstrous inequalities of modern capitalism that lead to war, occupation, genocide.
There is only one human race with a multitude of physical characteristics & cultures. Vive la difference! No human being is alien to any other. Most of all, no human being is superior to any other.
(Cover of latest edition of Stephen Jay Gould’s “The Mismeasure of Man”)