Others may not appreciate my posts about Betty Windsor & the British moochocracy because they consider them mean. Is there a problem with that when we’re still trying to undo the damage from centuries of British colonialism? Feudalism is rooted in the moronic belief that some are born superior & the rest of us inferior. Posting against moochocracy is my small way of spitting in the eye of such delusions. 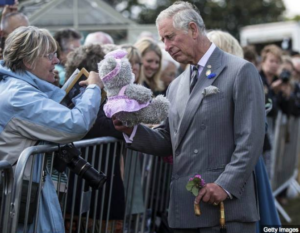