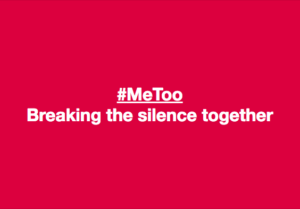 There have been several recent articles faulting the MeToo movement for having “lost its way” in a name & shame game for celebrity women–or as Tarana Burke (the woman credited with initiating the movement) says, the current MeToo movement’s “unwavering obsession with the perpetrators—a cyclical circus of accusations, culpability, & indiscretions.” No one owns the MeToo movement, nor can anyone, including Burke, control how the movement develops or how it is coopted by media & the power elite. What is called the MeToo movement only emerged in October 2017. Since then, hundreds of thousands of women have been emboldened to come forward & publicly admit that at sometime in their lives, including as small children, they were subjected to sexual harassment, humiliation, assault–not only by strangers but by brothers, fathers, uncles, neighbors, priests, doctors, teachers, & others in a dominant power relationship to them. The movement hasn’t been around long enough to lose its way since millions of women & children are still afraid to speak their truth about the devastation of sexual violence in their lives.

It is not the fault of MeToo testifiers that the movement has been coopted to only focus on celebrity women. Nor is that the fault of celebrity women who show immense courage in coming out & naming their prominent attackers. When the women’s movement emerged in the 1960s & 1970s, first it was maligned & ridiculed as only lesbians or women too ugly to get a man. But when vilifying feminists didn’t work, the powers-that-be chose to co-opt the movement for elite women so as to alienate working women & make them believe it had nothing to do with them. The slanders of that media campaign live with us today in the constant misrepresentations & lies about Second Wave feminism. Cooptation is a means to destroy the development of women’s rights as an inclusive social movement.

MeToo is not a social movement as that term is usually employed. There are no organizations, no decision-making conferences, no international collaboration to debate a course of action or to formulate demands. There is nothing more imperative than the organizational formation of a women’s movement although the 2017 & 2018 Women’s March showed the immense potential for such a development. Because of the ad hoc character of Me Too, the MeToo testifiers cannot be faulted for not raising a comprehensive program against racism, colonialism, war, occupation, genocide, capitalism, inequality. MeToo represents only a current, & in very inchoate & amorphous form, within the struggle against women’s oppression. It has hardly exhausted its potential when the sexual crimes against children, including trafficking, & rape as a weapon of war & genocide have not even begun to be addressed.

What is needed is a women’s movement with international forums, decision-making conferences, organizational forms to promote unity in the struggle for all of women’s rights & that will, of necessity, incorporate & campaign against the use of sexual violence in war, occupation, genocide (like Kunan & Poshpora in Kashmir & the Rohingya genocide), children’s rights & welfare, racism, eugenics, reproductive rights, colonialism. In that regard, it is of considerable concern that the Women’s Marches which numbered over three-million women on every continent were ridiculed & scorned as “pussy parades” rather than heralded as the beginnings of such a movement.

Is the MeToo movement lost in a vicious circle of name & shame, only seeking revenge on perpetrators? That is not the fault of MeToo testifiers who lived & suffered silently with the trauma of sexual assault because women lack legal protections & when there is no possible justice in the courts because of statute of limitation laws protecting perpetrators. Out of the over 70 women who accused Bill Cosby of sexual assault, only one met the legal standards for litigation. If there is no justice through the courts, why should women be faulted for wanting some form of revenge or informal justice? Revenge through the courts is anyway nine-tenths of the law.

It must be emphasized–for those who find fault with every damn thing women do to redress the injustices & violence against them–that children are the victims of these sexual crimes just as much as grown women. If these critics cannot find it in their hearts to support women in their struggle against sexual predators, perhaps they can be persuaded to support children. MeToo has not lost its way even though it is being coopted. It is our commitment to broaden its scope to include all women & children.