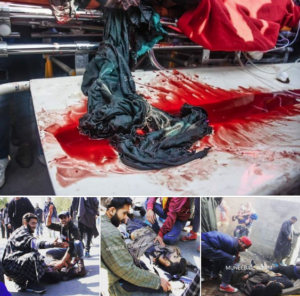 These gruesome photos from the military operation at Kulgam show the extremes of violence that Kashmiris endure daily under military occupation. The injured are civilians, not armed combatants. Ten were killed, including seven civilians & a ten-year-old boy. Hiding this reality is why India so often snaps the internet in Kashmir & why social media is attempting to silence the voices of Kashmiri resistance.