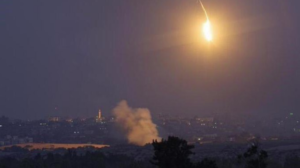 During this Facebook suspension, I watched more network news than I normally do. There wasn’t one word about Kashmir, the Rohingya struggle, or Idlib. Not a peep. Although there was extensive coverage of non-events like the resignation of Nikki Haley. There was one TV report yesterday about Gaza & an article in the local paper. The McAllen Monitor reported on the death of a Zionist settler & refused to publish my letter about the deaths & injuries of Palestinians at the Great Return March in Gaza. The TV report on Gaza discussed how a single rocket attack from Gaza traumatized Israeli residents & did not mention the sustained trauma of aerial bombardment of Gaza by Israeli war planes or the hundreds of Israeli sniper attacks on unarmed Palestinian protesters in Gaza.

If we want to understand why social media companies are censoring Palestinian, Kashmiri, Rohingya, & other activists, it is to silence the voices of freedom struggles against war, occupation, genocide. In response, we redouble our efforts to support & strengthen their voices & political power.

(Photo of Israeli bombing in Gaza, October 16th, 2018 from Motasem A. Dalloul on Twitter) 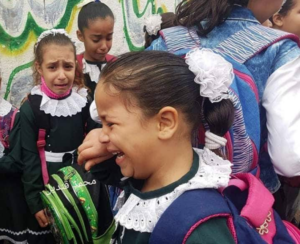