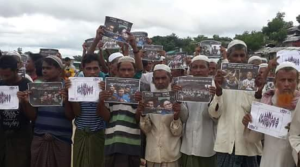 Rohingya refugees in Bangladesh protest in support of Wa Lone & Kyaw Soe Oo, the two Burmese journalists for Reuters sentenced to seven-years in prison for investigating the Rohingya genocide: 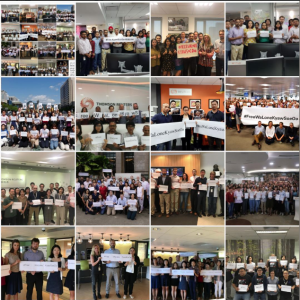 This collage tweeted by Reuters is of journalists from around the world in support of Wa Lone and Kyaw Soe Oo. 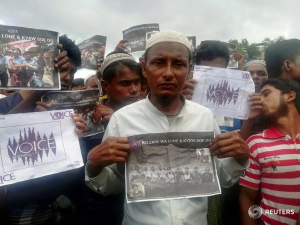 The Rohingya protest was attended by this man, Abdu Shakur, the father of Rashid Ahmed, one the ten men whose deaths at the hands of the Myanmar army were exposed by Wa Lone & Kyaw Soe, the two jailed Reuters reporters: