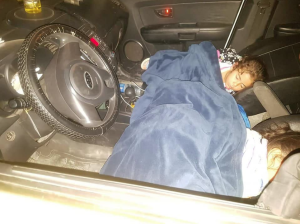 An American Zionist laid a pile of bird manure on my wall to protest my post about the rightwing political character of Zionism. He did the usual song & dance about anti-Zionism being anti-Semitic, blithered incomprehensibly about how Arab regimes were more repressive of Palestinians than Israel, & then said the only resolution between Palestinians & Israelis requires Palestinians to “finally look inward & stop blaming the local scapegoat for the conditions created by their so-called allies & themselves.”

It’s not clear how he thinks Palestinians looking inward to examine their navels or the workings of their souls will address the issues of Israeli apartheid, genocide, the embargo of Gaza, the desecrations of the Al Aqsa mosque, the illegal settlements, land expropriations & home demolitions in the West Bank & East Jerusalem. Such is the derangement of Zionists that they cannot get past their racism toward Palestinians even if they talk a good game about civil rights in the US.

One could see in the man’s long-winded comment how Zionism, like nationalism & white supremacy, corrupts the intellect making cognitive dissonance & political imbecility a way of being. Anti-Zionists have always said that Israel, as a Jewish-only state, is a death trap for Jews who get sucked into its vortex. They can only be liberated from such intellectual & political corruption by standing up against racism against Palestinians, opposing apartheid & genocide, & fighting with Palestinians for the democratic, secular state long ago proposed by Palestinian activists where Palestinians & Jews can live in harmony with each other. Bantustates for Palestinians are not a solution but a part of apartheid, colonialism, & genocide.

This photo circulated by Palestinian activists now is children in the West Bank forced to sleep in a car & in the rough because of Israeli home demolitions to make room for Zionist settlements. This information is as available to every Zionist just as it is to the rest of us. How they make an accounting of this is a matter of conscience. If there is anyone who needs to look inward, it is Zionists who need to decide where they stand on genocide.