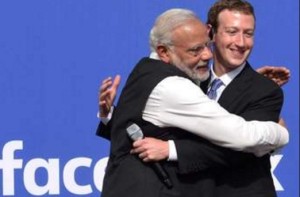 Today (August 27th) is the end of my second 30-day suspension from Facebook. Over the course of the 60 days, I lost almost fifty Facebook friends. Maybe some thought I had split from social media; maybe others thought getting suspended for defending Palestinians & Kashmiris was bad karma. Anyway, that is entirely the purpose of suspending activists like me: to turn others away from reading us & it is part of the relentless social media campaigns to silence the voices of Palestinians, Kashmiris, Rohingyas, Uyghurs, antiwar activists, & others fighting for social justice. That’s why India snaps the internet in Kashmir so regularly, why social media suspends so many Palestinian & Kashmiri activists & censors news from Rohingya activists.

Since Facebook has no customer service for its members & there is no possible way to challenge a suspension, I lodged a complaint against FB with the Better Business Bureau for unfair business practices. I’ve not yet heard a response. It doesn’t address the issue of censorship on social media which is one of the most important civil liberties problems of our times. Let it be said that in this political environment, it is rightwing stupidity to call on FB to censor those voices we do not agree with because it sanctions their authority to censor those fighting uphill battles against war, occupation, genocide.