Facebook wall for expressing solidarity with Iranian human rights lawyer Nasrin Sotoudeh who has been sentenced to 38 years & 148 lashes for defending the right of Iranian women not to wear the hijab. 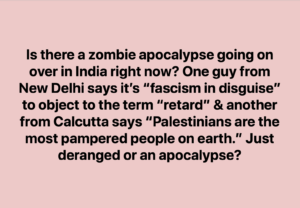 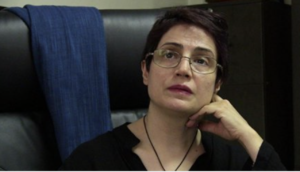 In a secret trial by the theocratic regime, Iranian human rights lawyer Nasrin Sotoudeh was sentenced to 38 years & 148 lashes for defending Iranian womens’ right to remove the hijab. She was charged with seven crimes & given the maximum sentence for all of them. It is considered the harshest sentence documented against a human rights activist in Iran in recent history.

A vigorous defense campaign must be waged on her behalf & we sincerely hope Medea Benjamin & other members of the Code Pink ‘peace delegation’ to Iran will rethink their amicable political relationship to the regime & play a leading role in Sotoudeh’s defense.

Jennifer Lopez has signed on to perform in Tel Aviv on August 1st, 2019. She is not unaware of the cultural boycott since she was besieged by BDS appeals when she planned on performing in Israel in 2016. You can lodge protests on her Facebook & Twitter walls. A Facebook wall will soon be set up to educate her about respecting Palestinian humanity more than she does the exorbitant fee Israel has offered her.

My Facebook archives remind me that Jeff Mackler, the cult leader of Socialist Action, actually did call for self-determination for the Assad regime & support for Syrian & Russian carpet bombing of Syrian civilians. He only objects to US-coalition bombing of civilians as part of a “regime change operation” scenario. Now he’s off kissing Maduro’s ass. Color him lost.

Not to be a pain in the ass, but I am extremely censorious about the use of the word “retard” or any of its derivatives. The human rights movement of those with learning disabilities actively campaigns against the term ‘retarded’ because it has become an insulting epithet that demeans them & treats them as slugs rather than complete human beings, perfect just as they are. Please don’t use it, in any of its forms, on my wall. Those with learning disabilities suffer immensely from its use. My younger beloved brother Paul committed suicide from humiliation. So I take its use very personally. 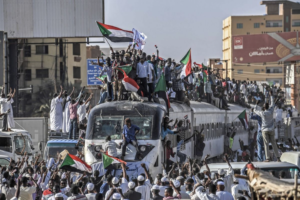 In preparing a post about the rapprochement between the US & Sudan after decades of US sanctions & putting Sudan on the terror list (including the celebrity war mongering of George Clooney, Matt Damon, Don Cheadle, & US undercover operative John Prendergast), I see that the Canadian fascist journal Global Research is already vilifying the Sudanese African Spring as orchestrated by the US–just as it did all the Arab Spring uprisings, most importantly the Syrian Arab Spring. The main analyst in Global Research is a Russian guy named Andrew Korybko who calls the Sudanese uprising a “hybrid war,” a concept he devised which is rooted in conspiracy & the “regime change operation” scenario.

What most concerns Korybko is protecting Russian (& Chinese) investment in Sudan. This should concern us because it makes reversing the Sudanese African Spring of considerable consequence to three powerful governments with massive & ruthless military might. It’s very important to carefully, almost religiously, follow developments in Sudan & to render active public solidarity with the protesters so that the narrative cannot be hijacked & the Sudanese uprising against dictatorship turned into an Islamist uprising orchestrated by US regime change operatives. The Syrian people, as well as Egyptians, Bahrainis, Yemenis, Iraqis have paid a colossal price because of counterrevolution & the ‘regime change operation’ narratives that discredited people like Chomsky, Tariq Ali, John Pilger, rewarded professional propagandists like Bartlett & Beeley, & turned the international antiwar movement into a puny little band of war mongers.

While the Syrian Arab Spring has been militarily defeated by Syrian, Russian, Iranian, & US-coalition intervention, the Algerian & Sudanese African Spring uprisings look to the Arab Spring, including the Syrian revolution, for inspiration & with solidarity. Their demand that the military step down & that there be a civilian government is certainly rooted in their observations from the other Arab Spring uprisings that the military is not an ally to popular revolution.

This photo is Sudanese protesters from the city of Atbara, where the revolution began, sitting atop a train as they arrive at the Bahari station in Khartoum on Monday to join the sit-in at military headquarters demanding a civilian government.

Netanyahu’s stupid son created a Twitter furor when he said there never were Palestinians because there is no P in the Arabic alphabet. A kid with a mind blunted by racism is no match for Palestinians & their supporters who pointed out, & not in a kind way, that there is no J in Hebrew either. 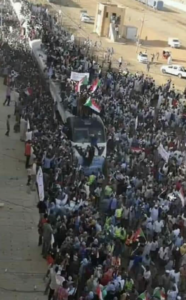 The African Spring in Sudan: hundreds of protesters from Atbara, the town where the Sudanese revolution started, traveled to the capital city of Khartoum on & in this train to join the sit-in in front of the military headquarters demanding a civilian government.

Journalist Najeeb Mubariki on what the Indian elections mean to Kashmiris: