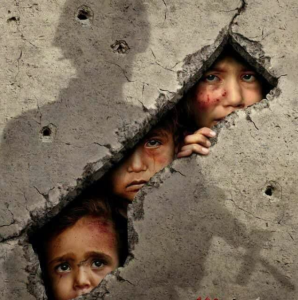 Children of Gaza peeking through the walls of a building damaged by Israeli bombing:

From September 28th, 2000 to February 8th, 2018, the Israeli human rights group B’Tselem reports that 9,556 Palestinians have been killed by Israeli forces, including 2,173 children. The B’Tselem report did not indicate the ages of the children, i.e., if they included small children with teenagers. The figures are staggering either way. As was reported in 2013, that is about one Palestinian child killed every three days. Such is the character of ethnic cleansing.

B’Tselem also reports that in the same time period at least 100,508 Palestinians were injured, some permanently disabled, particularly in the repeated bombing sieges over Gaza. Denying the disabled & seriously ill to leave for specialized medical care not available in Gaza because hospitals have been bombed out is human rights criminality that is part & parcel of ethnic cleansing.

Censorship on social media is a major political problem, especially for those freedom struggles up against news blackouts & dishonest reporting. Reporting fake news to Facebook or Twitter is not the solution because it plays straight into the hands of the censors. Sorting through & vetting the barrage of information is essential for activists & is a learned skill available to all with the internet at hand. Why would anyone allow the political forces who control social media to discharge news reports with a censor button rather than do the heavy lifting of research?

On military occupation of Kashmir:

“my friend by my side sank into a chair and sighed with sadness, Zafar, I don’t want to sleep, I don’t have dreams anymore but long last nightmares.” 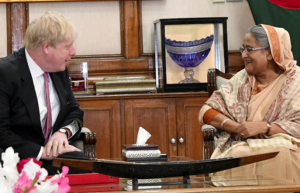 British foreign secretary Boris Johnson is the latest politician to show up in Bangladesh to push the Burma-Bangladesh forced deportation plan for Rohingya refugees. The Dhaka Tribune reported that he urged a “quick repatriation” claiming “any delay might complicate the issue.” This dirtball politician had the temerity to compare the Rohingya “exodus” to that of Palestinians in 1948. The ethnic cleansing comparison is not inapt at all but it is odious coming from Johnson, a Tory known for his racism, a strong supporter of Israel, & a voluble opponent of BDS. On a trade mission trip to Israel & the West Bank in November 2015, he was disinvited from meeting with Palestinian business groups after publicly ridiculing BDS in Israel. It comes as no surprise that officials from the Palestinian Authority proceeded to meet with him since they officially opposed BDS until recently.

After meeting with Sheikh Hasina, Johnson proceeded on to meet with Aung San Suu Kyi in Burma. He later tweeted that he urged Suu Kyi to back a “full & independent investigation” into Rohingya claims of “persecution” & to create safe conditions for refugees forced to return to Burma. He also spent a few hours touring a torched village in Arakan state before returning to the UK. Does Johnson want another “independent” investigation like the Kofi Annan whitewash? Did he tour the concentration camps (without sanitation facilities) the Suu Kyi civilian government is building to house forcibly returned Rohingya refugees? Did he investigate the mass graves? Were nearby torched villages still smoldering? Is he actually so stupid as to believe the Rohingya will be safe in the killing fields of Burma whilst they continue to pour across the border into Bangladesh? Or does he just not give a rat’s ass about human life? At least more than he’s concerned about protecting British trade & investments in Burma which are among the highest of any other nation?

Stand with the Rohingya people & demand no forced deportation & asylum in any countries they choose with visas & full refugee rights. 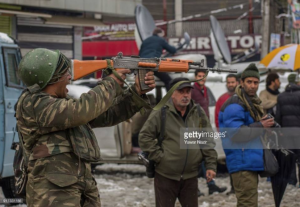 “Barge into a mourning village. Fire like you are in a war. Kill three & wound a dozen. Shield the killers & blame the slain. And then when the population picks up stones & guns, blame Pakistan & radicalization.” 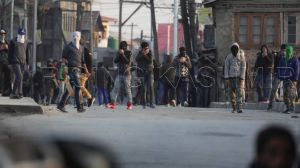 To my mind, it should be emphasized that the strengthening ties between Modi, Netanyahu, & Mahmoud Abbas represent a significant threat to the Palestinian & Kashmiri freedom struggles against occupation & for self-determination. Palestinian solidarity has already been fractured by support among some for the Assad dictatorship & Syrian & Russian bombing of civilians, claiming they are bombing ‘jihadis’. Some may be thrown off by Modi’s feigned support for the Palestinian struggle despite the persecution & pogroms against Muslims in India & the brutal occupation of Kashmir. The common threat is Islamophobia & accusations of Saudi-backed ‘jihadism’ in Syria, Kashmir, Gaza, & also among the Rohingya in Burma.

A friend once suggested I set up a page just for my Kashmir posts but to me that would isolate the Kashmiri freedom struggle from that of Palestinians, Rohingya, Syrians, Iraqis, Afghans, Yemenis, Somalis, & all others at a time when international bonds of active solidarity are absolutely imperative to strengthen the struggles of all living with war, occupation, persecution, genocide. We take our cues from freedom fighters, not from rotten-to-the-core politicians. Arms sales talk louder than words.

Photo is recent protests in Srinagar against the killing of civilians. These are our guides in politics.