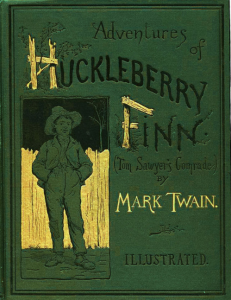 There’s another big flap because the Duluth, Minnesota school board excluded “Huckleberry Finn” & “To Kill a Mockingbird” from the required curriculum because of their use of the n-word & other racist insults. Every time a school board removes the books from compulsory reading lists, a chorus of jackasses starts braying against censorship & claiming the books are classics of American literature. They’re not burning the damn books but merely replacing them in the curriculum & making them optional.

This dispute originally erupted in the late 1970s, notably after the civil rights movement, because Black school kids forced to read “Huckleberry Finn” were traumatized & often faced taunting from white schoolmates. It’s been debated by scholars for years, with many prominent Blacks like Toni Morrison defending the book. The chief offense in “Huckleberry Finn” is not that it uses the n-word but that through & through to its regrettable ending it is white supremacist literature of the white savior genre. A rascal white street kid rescues an adult runaway slave. White people swoon at that moment in the book when Huck chooses to defy society’s norm that he turn Jim over to authorities & instead help him escape up the Mississippi River. If that ain’t the very essence & origins of white savior literature & film, then what is it?

Mark Twain was a wonderful satiric short story writer but he was a racist who went AWOL as an irregular Confederate soldier, loved minstrel shows, & hated who he called “injuns.” His personal friends were former Yankee generals leading the wars of extermination west of the Mississippi. Black school kids pick up on what adult whites do not so “Huckleberry Finn” should not be imposed on little kids, white, Black, or brown, in a compulsory curriculum but should be taught as the origins of white savior literature so that this genre can be recognized & regarded with contempt.

(Photo is cover of “Adventures of Huckleberry Finn”)

{PS: On “To Kill a Mockingbird” which I recently read with my book club, I will have to reread it in the context of Black kid’s criticisms.)

In December 2017, Israeli troops fatally shot & killed a wheelchair-bound 29-year-old Palestinian man in Gaza named Ibrahim Abu Thuraya who was protesting Trump’s declaration about Jerusalem. Palestinian medical authorities have estimated that nearly 44,000 people in Gaza, including children, are permanently disabled, most from Israeli bombing. Ibrahim Abu Thuraya lost both his legs in an Israeli airstrike. There are also medical authorities who say the estimate is too low.

Israel, which treats Gaza as a penitentiary, refuses to allow Palestinians to leave for medical care, including the disabled who require specialized treatment. This is a report about protests by disabled activists demanding they be allowed to seek medical care outside Gaza whose medical facilities have been repeatedly bombed & cannot provide even basic care. 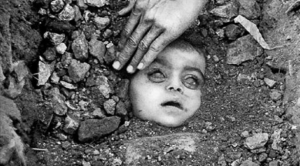 Bhopal activists demanding justice for the 1984 Union Carbide toxic gas explosion are surely among the toughest & most determined in the world. You can follow their work on this website, sign up for their newsletter, sign a petition to Dow, & donate to medical care for now a second & third generation of those whose health has been disastrously affected.

An Indian guy, who is one of those lost souls who calls himself a socialist but supports Assad regardless of dictatorship, once berated me by saying “morality has no place in politics.” That was his defense of Assad & Putin’s bombing of civilians. Now Jonathan Cook, a respected journalist now become a hack writer of apologetics for Assad, is dismissive of civilians being bombed to death (which he calls “terrible repercussions for civilians in the firing line”) from Russian & Syrian bombing in Syria because “emotions cannot guide our analysis.” He admits Assad is a ruthless dictator but claims the realpolitik of national sovereignty demands our support. This bankrupt understanding of morality, emotions, dictatorship, & war have led these two guys to support bombing of civilians as necessary. Cook then extends his analytical folly by dismissing the suffering of Syrians compared to the suffering in Gaza–as if it weren’t utterly repugnant to counterpose the suffering of those being bombed to smithereens. Is it more horrific to be terrorized, shattered, dismembered, or buried in rubble by Israeli bombs than by Syrian, Russian, or US coalition bombs?

This is what Assadist politics brings one to: amorality–a belief that revulsion to the bombing of unarmed civilians is lowbrow politics not worthy of big picture analysts who think more in geopolitical terms. Morality & emotional abhorrence for human suffering is for liberals & unworthy of deep thinkers hammering out apologetics. Let me say it straight out: amorality is not a guide to principled politics but the road to hell. Human life is either of value to us or it isn’t. Me, after 52 years as an antiwar activist? I believe in morality in politics; I believe in letting the full range & depth of emotional repugnance to bombing civilians determine our politics & where we stand. Call me old-fashioned but I believe that most of the human race think just like I do about war, occupation, persecution, genocide.

It is not a good thing that US coalition forces took out 100 Assad troops using air & artillery fire. You don’t have to be the least conciliatory to the Assad regime & Syrian Army to point out that the US has no rights whatsoever to be in Syria or to point out that far more Syrian civilians have been bombed to death by US coalition war planes than they have taken out ISIS fighters. Raqqa is a dead zone after US “emancipation” from ISIS.

The US coalition is part of the counterrevolution in Syria–whatever the complexities & conflicts within that alliance including Syria, Russia, Iran, Hezbollah, & others. Nothing good can come from US military intervention. The only principled demands are for the immediate cessation of all bombing & the immediate, unconditional withdrawal of all foreign military forces. Those who think the US coalition are freedom fighters don’t understand one thing about the character of militarism or about the last 170 years of US military history.

Every time I post a sarcasm against Justin Trudeau, some Canadian who thinks the guy is the second coming of Jesus takes great umbrage. He’s what the plainspoken call a sniveling grandstander. He sold weapons to Saudi Arabia while it is bombing Yemen; he sent naval ships to the Aegean to prevent refugees from crossing to Europe from Turkey; he sweet-talked Suu Kyi to protect Canadian mining interests in Burma while she is presiding over genocide. Now, showing his inner weasel, he stopped a woman from speaking to correct her use of mankind, suggesting it more inclusive to say “peoplekind.” Smarmy is the word that comes to mind–after war criminal.