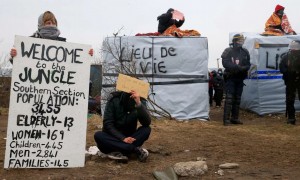 In solidarity with the refugees being made homeless & the English & French immigration/refugee rights activists helping them stand ground against the violent dismantling of their camp. 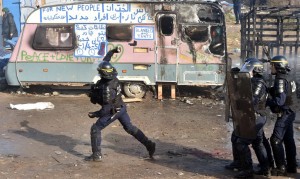