Hillary Clinton received a standing ovation for her speech to AIPAC viciously attacking Palestinians in the most belligerent & threatening way as knife-wielding terrorists. It’s extremely unsettling to see the depth of hatred & lying-assed deceit she employs against them. As president of the US, she will deliver on those threats as well as on her threats to dismantle BDS.

There’s a showdown coming & there’s only one possible response to the threats: redouble our efforts to tell the truth about Israeli apartheid & colonialism & build the hell out of BDS. 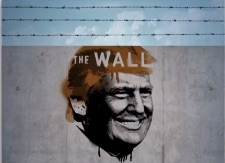 The Drumpf Wall: at the risk of vulgarity, piss on it.

The Cubans took the Obamas for a walking tour of Old Havana in the pouring rain. Is that hospitality or revenge? 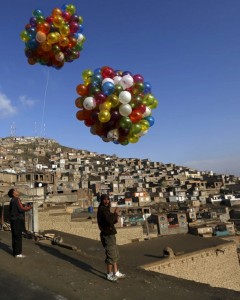 The Guardian-UK caption to this photo read, “Kabul, Afghanistan: Men hold balloons for sale during celebrations for the Afghan New Year, known as Newroz. Afghanistan uses the Persian calendar which runs from the vernal equinox. The calendar takes as its start date the time when the Prophet Muhammad moved from Mecca to Medina in 621 AD. The current Persian year is 1395.”

Isn’t that fascinating!? Now what about the war?

This is what passes for war journalism in the barbaric era of capitalism.

This is an experience I had involving how Israel uses academic exchanges to promote colonialism & apartheid. In 2010, I attended an immigration rights conference in Mexico City organized by a prestigious left institute. The director was a professor at the National Autonomous University of Mexico (UNAM).

The conference was absolutely dreadful, one of the worst I’d ever attended. None of the speakers, including decrepit Mexican politicians from another era & American academics divorced from reality, addressed the drug war or the massive crisis of immigration & the relationship between the two; or the military occupation of Mexico involving thousands of disappearances & murders. When I raised questions about those central issues in Mexican & US politics, they had no idea what I was talking about.

Among the speakers was an Israeli doctor whose talk was by Skype. What he would have to say about immigration could only have to do with Zionist settlement on Palestinian land. You can imagine my horror, even though he was a liberal Zionist who advocated the 1967 borders. I was the only one who challenged him in what seemed to be a political event attended by dead people with no connection to immigration & who couldn’t distinguish immigration from colonialism.

Two of us made an enormous stink about his inclusion as a speaker & persuaded a leading figure in the institute that it was a disastrous political mistake. That eventually led to the resignation of the director.

I relate this story not for self-aggrandizement (though I am certainly proud of the role I played) but because there are going to be all sorts of opportunities like this now that Israel is out to destroy BDS. Activists will be called upon to challenge such events & it’s clear that many will be persuaded by our best efforts.

(Please don’t ask which institute was involved since they corrected their course & that is not relevant to the story. Perhaps more important is that Mexico is politically repressive & the institute had to protect itself from government repression–which does not explain their inclusion of the Israeli guy but makes their avoidance of Mexican politics at least understandable.) 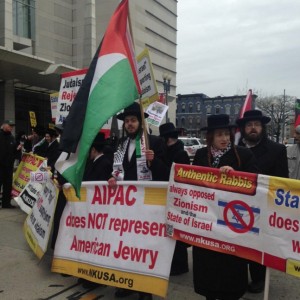 Contingent at yesterday’s Support Palestine march in Washington, DC: so much for that anti-Zionism is anti-Semitism meme peddled by AIPAC & Israel.